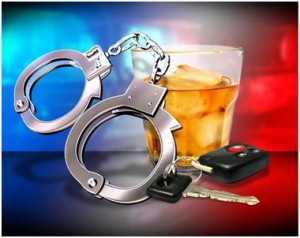 In Colorado, there is a strict code of enforcement for driving under the influence (DUI) or driving while ability impaired (DWAI.) If you are charged with a DUI/DWAI in Colorado and you find yourself asking, “Do I Need a Lawyer for My DUI?”, it may well be in your best interest to retain a DUI lawyer familiar with Colorado’s statutes and penalties. For example, do you know how much you have to drink to warrant a DUI? You may be surprised at the answer to this and other important questions.

If you are under the age of 21 and driving under the influence, a blood alcohol content (BAC) of .02% is the limit. For those over 21, a reading of .08% or more for DUI or .05% for DWAI is all it takes for an arrest.* An attorney familiar with Colorado’s laws can make a significant difference in charges and penalties, particularly for younger drivers. Under the state’s Zero Tolerance law, drivers under the age of 21 with a BAC between .02% and .08% face automatic revocation of their license, and their actions during the arrest can have serious consequences.

To Test or Not To Test

A driver lawfully arrested and suspected of DUI/DWAI in Colorado is required to submit to a chemical (breath or blood) test. Colorado has an “expressed consent” law—if you refuse to take the test to determine your blood alcohol content, you will face automatic license suspension and a fine. If you are suspected of being under the influence of drugs or controlled substances, a urine test will be administered. At this point, the driver’s age and the number of DUI/DWAI offenses can have a profound effect moving forward with regard to fines, jail time and license suspension in the state of Colorado. Again, a Colorado DUI lawyer can make a dramatic difference in the outcome of your case.

Guilty or Not Guilty?

How you plead in your DUI case is critical and depends on a number of factors. Is this your first DUI or a second or third offense? Did the arresting officer indicate you were driving erratically? Were you involved in an accident? Were there injuries? Were the chemical test results accurate? A number of issues come into question, all of which can be evaluated by an experienced DUI lawyer and used to plea bargain in many instances, when this strategy can reduce charges and penalties. As you would expect, a second DUI/DWAI conviction brings more serious penalties. A competent Colorado DUI lawyer can assist significantly in defense, whether it is a first offense or beyond.

A DUI/DWAI conviction can impact life dramatically, and there is so much more to know than is provided in this overview. If you would like to learn more about Colorado DUI/DWAI laws and potential representation for your DUI case, contact us at (303) 814-2600 for a free consultation.

*Disclaimer: We are providing the most current information available, though laws can change over time, along with their interpretation and application. As Colorado DUI attorneys, we consistently maintain up-to-date DUI/DWAI information as laws are modified.

Home > Criminal Defense > DUI Defense > Do I Need A Lawyer For My DUI?