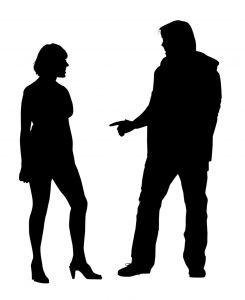 A divorce is intrinsically tied to the institution of marriage, and as such is accompanied by a number of inherent rights with regard to distribution of property, child custody and support payments.

But what if you were never married?

Castle Rock family law attorneys know this is becoming a more common question, as an increasing number of couples are delaying marriage longer than ever before.

However, they are still intertwining their finances, making major purchases together, joining lines of credit, having children and supporting one another.

This makes the process of splitting much more complicated than it would have been in years past. We can help you sort out your legal rights and determine the best course of action for you.

One protection that the state of Colorado affords to long-time couples that others do not is the recognition of common law marriage. It’s important to educate yourself about this, though, because the criteria is very specific. It’s not enough that two people are simply living together.

A common law marriage does not require that the couple obtain a marriage license or have a wedding ceremony. What it does mean is that the pair has together agreed to live as husband and wife and that the two have openly and mutually assumed a marital relationship.

Some aspects of this would be if you lived together, bought a house together, had children together and referred to one another as husband and wife. Additionally, if they filed joint taxes or listed one another on insurance plans, those could be other ways to prove a common law marriage.

If a common law marriage is proven, then it is treated by the court as an actual marriage, with all the rights and privileges afforded therein.

However, if that is not possible, unmarried couples still may have other legal avenues to pursue.

For couples with children, the issue of child support will be on the table regardless of whether the pair was ever married. However, spousal support is not likely to be awarded.

If you owned a home or other property together, you may be entitled to a portion of the proceeds of that property, or legal steps may be taken to have the property – and liabilities – signed over to one spouse or the other.