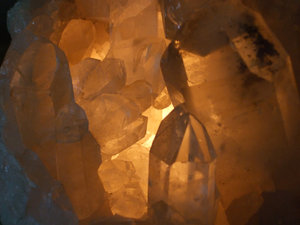 Contrary to the moniker, it’s not the fizzy stuff you toss in the tub. We’re talking about a group of synthetic compounds create symptoms similar to cocaine, PCP and LSD, but with higher-than-usual levels of paranoia and violence.

Following a federal emergency ban issued by the Drug Enforcement Administration last year and passage of  a statewide bill earlier this year, possession of bath salts is a misdemeanor, while the sale is going to result in a the need for a  felony defense.

The drugs are known to cause an elevated heart rate and blood pressure. They also routinely cause agitation, though in cases that are more severe, there have been reports of hallucinations and bizarre violence.

For example, in Miami, the man who allegedly was shot by police who found him literally biting the flesh off another man’s face – he was reportedly on bath salts, though the final word is awaiting autopsy results. That prompted the Centers for Disease Control to issue a warning, indicating that there was, in fact, no zombie apocalypse that officials there were aware of.

Most recently, the drug snatched headlines after the death of 19-year-old from Grand Junction. He had reportedly been acting violently. He was strangled by a friend who tried to subdue him. Investigators are working to determine whether there was a crime committed or whether the homicide was committed in self-defense. No arrests have been made at this point.

Officials at the Rocky Mountain Poison and Drug Center have reported nearly a dozen poisonings this year from bath salts. In 2011, there were a total of 44 cases reported.

The state’s Department of Public Health and Environment said they haven’t been able to tabulate whether other deaths or violent acts are attributable to the bath salts drugs because they are so new.

Particularly given the violent nature of some of the incidents connected to these drugs, it’s likely that both federal and state authorities could push for extended bans and harsher sanctions for both possession and sale.