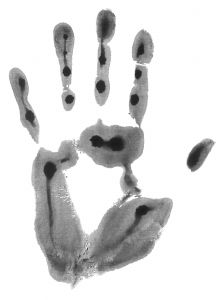 Identity theft in Castle Rock is gaining a great deal of attention lately – especially as media agencies are harping on the fact that a growing number of targets in these cases are children.

There are also civil issues that can arise as well. For our purposes, we’re just going to focus on the criminal aspects.

In a lot of these cases, law enforcement will stack up the charges miles high, in an effort to get them to a good starting point for plea negotiations between your Castle Rock defense attorney and the prosecutor. What a good defense attorney can do is work to help consolidate those charges and have them reduced to lower offenses.

Of course, how successful he or she will be is going to depend on the individual circumstances of your case, as well as the skill level of your Castle Rock criminal defense attorney. That’s why you can’t take your chances with a public defender. He or she might be talented, but also probably underpaid and overworked – particularly considering that a recent study found that of 27,000 children, some 10 percent had Social Security numbers that were in some way linked to credit cards, mortgage loans and vehicle registrations.

In some cases, illegal immigrants are using children’s identification numbers to be able to work. That was the case recently with a 16-year-old whose identity had been stolen on three different occasions – once by a worker in Castle Rock, who has yet to be found.

That means law enforcement and prosecutors are busy trying to file these cases, which can be complicated and require a special degree of knowledge.

A lot of these cases involve what’s called “friendly fraud.” This may be a situation where a relative, friend or maybe even parent of the child has fallen on hard times, and resorts to using the child’s identity in an effort to gain credit or some service.