Theft from Employer Can Lead To Prison 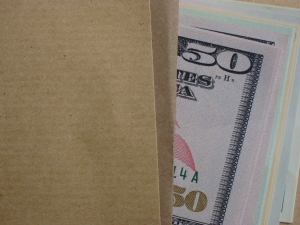 A Castle Rock embezzlement case has resulted in a 12-year prison sentence for the former bookkeeper of a veteran-owned and run engineering firm.

Castle Rock defense attorneys know that, depending on the amount alleged to have been stolen, embezzlement can be considered a Class 4 felony or a Class 3 felony, which can result in up to 12 years in prison per charge.

In this case, the defendant received the maximum after being convicted of stealing approximately $620,000 over the course of 11 years.

Of course, it probably didn’t seem like that much at the time, as the theft apparently occurred over the course of some 1,900 transactions. That’s an average of about $326 per transaction.

Prosecutors say that money went to a variety of sources, including horses, homes, hobbies and education for the defendant’s children. The defendant’s husband said she had made a mistake, and the couple had been struggling to keep their home. She did it, he says, out of desperation.

Originally, she had been charged with nearly 40 counts of white collar crimes in Castle Rock, namely forgery, theft and embezzlement. In the end, her Castle Rock criminal defense attorneys negotiated a deal whereby she would plead guilty to three felony charges.

In weighing what the sentence should be, the judge likely weighed the fact that because of the theft, which was discovered by an audit in 2009, the organization was forced to lay off a number of employees – going from a staff of 25 to a staff of six.

The defendant later told her attorney that it was somewhat of a relief that she was caught. She the secret of her actions had become an immense burden, and she wanted to confess.

That is how a lot of individuals who have committed embezzlement feel. They may have engaged in one act out of desperation, but then continue to do it because it’s easy or because it becomes a habit.

While there may be temptation to come clean on your own, you should never do so without consulting a Castle Rock embezzlement defense attorney. He or she can help you explore the potential consequences and how to best move forward.