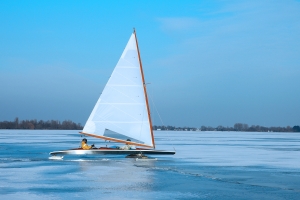 A Castle Rock man is facing criminal charges in the Sept. 2 death of a grandfather who was boating with his daughter and grandchildren.

Our Castle Rock criminal defense attorneys understand that the grandfather died as a result of a boating collision in Nebraska.

Although this was an out-of-state incident, Colorado is home to some two dozen rivers and 2,000 lakes and reservoirs. The consequences and criminal penalties for boating under the influence can be just as severe as those for driving while drunk.

According to the U.S. Coast Guard, roughly 35 percent of all boating fatalities are related to drugs or alcohol.

In 2001, federal boating laws were reformed to bring the allowable blood alcohol content for someone operating a boat from 0.10 percent to 0.08 percent – the same as someone driving a car.

Colorado law designates boating under the influence as a misdemeanor, with a first offense punishable by up to 1 year in jail, 96 hours of public service, a maximum fine of $1,000 and a three-month restriction on operating a vessel. Subsequent convictions are going to be more severe.

BUI charges are no longer limited to sailboats or motorboats. In fact, you can be charged with a BUI if you are operating a kayak, paddle boat, jet ski or canoe.

Law enforcement officers patrol the waterways in much the same way as they do the roadways, and they look for someone who is driving the boat erratically. If you are stopped, you may be asked to perform field sobriety tests and to submit to a chemical test.

If someone is hurt or killed in a boating accident in which you were drinking or on drugs, you may be charged with either vehicular assault, vehicular homicide or manslaughter.

In this case, the Castle Rock News Press reports that officials with the local sheriff’s office said they received a report of a crash around 3 p.m. on a Sunday.

The defendant was on a personal watercraft and reportedly slammed into the passenger side of the victim’s boat, landing in the vessel. The grandfather was killed, while his daughter and two granddaughters were severely injured. A son-in-law in the vehicle was not hurt.

The defendant is facing charges of manslaughter and reckless operation of a personal watercraft. The investigation is ongoing.

To schedule a confidential meeting with a respected Castle Rock BUI Defence lawyer,  Please contact us online or call our office in Ellmann & Ellmann at (303) 814- 2600.