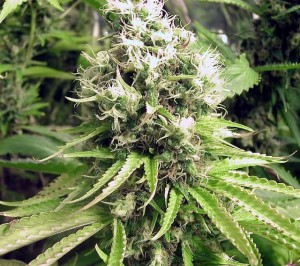 Lawmakers are mulling over a Denver marijuana DUI statutes might require some revisions.

Our Denver marijuana DUI defense attorneys are not in favor of any measure that impedes on the right of patients to use marijuana for medical ailments.

According to The Associated Press, a bill is being debated that would render someone impaired if they test positive for more than 5 nanograms of THC, the active ingredient in marijuana. A nanogram is one-billionth of a gram.

However, there is argument whether that is an accurate measurement of whether someone is too high to drive.

Under the law as it is now, the state says drivers can’t be under the influence of alcohol or drugs, but it doesn’t set a limit for how much THC can legally be in a person’s system. The problem, as identified by a number of medical marijuana activists, is that impairment can’t be accurately measured by their THC levels. That means that a patient who takes regular doses of the drug could build up a high THC level, and yet be perfectly sober.

Republican sponsors of this bill say a standard needs to be set so that law enforcement has some clear guidelines. They say that smoking marijuana is a privilege, and users shouldn’t be allowed to endanger others.

Those who oppose the measure aren’t saying that it should be Ok to drive high. But the proposed measurement of impairment won’t be fair. They also say it’s no different than ingesting any other prescription drug. Yet there is no blood test ordered for someone who has been prescribed Oxycodone or Prozac.

The issue has become the center of controversy for a number of state committees, where members haven’t been able to come to an agreement.

In Nevada and Ohio, there is a 2 nanogram limit for marijuana. In Pennsylvania, it’s 5 nanograms. In 12 other states, there is a zero-tolerance policy when it comes to marijuana.

Legislators say the bill could cost more than $1 million to implement statewide.

To schedule a confidential meeting with a respected Castle Marijuana DUI defense Lawyers,  Please contact us online or call our office in Ellmann & Ellmann at (303) 814- 2600.