Teacher to be Tried on Sex Abuse Charges This Month 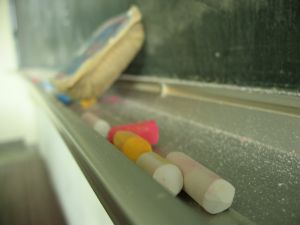 A former high school English teacher and wrestling coach is set to stand trial this month on sex abuse charges.

Castle Rock criminal defense lawyers understand the 33-year-old is accused of maintaining a sexual relationship with a 17-year-old student three years ago. He is charged with sexual assault on a child by a person in a position of trust. This is a felony under Colorado Law, and a conviction can mean up to 12 years in prison.

Colorado’s age of consent is 17-years-old. State law does not make it a crime for two people over the age of 17 to engage in a sexual relationship with one another. What this means is that this would not be a crime – were it not for the fact that the defendant was a teacher, i.e., a person in a position of power.

In this case, the teacher was arrested last summer, and following his arrest, two others reportedly came forward to allege that he had engaged in similar relationships with them. Those two were at a school he taught at in Virginia, prior to his hiring by the Douglas County School District five years ago.

Defense attorneys had sought to suppress testimony from those two other former students, based on the fact that he was not on trial for assaulting them. However, prosecutors argued that it established a pattern, and the judge ended up ruling in favor of the state on this issue.

This could be quite damaging for the defense, which admits that the teacher had engaged in sexual relationship with all three former students – but not until they had each graduated and turned 18 years-old.

Plus, the defense had questioned the validity of those allegations, given that the incidents reportedly took place in 2004 and 2006 – and were not brought forward until many years later.

Trial was supposed to take place in August, though this issue has resulted in the judge agreeing to hold off until later this month.

Contact Ellmann & Ellmann today, for further questions and Concerns on your case. We have the experienced Castle Rock Sex Abuse Charges Lawyers that can assist you.