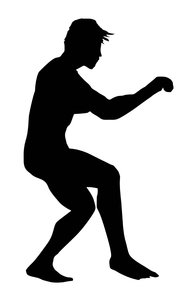 Police are searching for a Castle Rock burglary suspects who eluded them in a high-speed chase late last month.

Our Castle Rock burglary defense attorneys have been following the news reported by The Castle Rock News Press, indicating that two individuals may be responsible for as many as 30 burglaries since late 2011.

According to Colorado Statute 4-2:01, prosecutors in a first-degree Colorado burglary case have to prove that the accused knowingly and unlawfully entered a building or occupied structure with the intent of committing a crime, usually theft, and that you assaulted or menaced a person while inside. It’s considered a Class 3 felony, which is punishable by between four and 12 years in prison. Second and third-degree burglary charges are similar, except they don’t require the element of assault. If you enter into a structure with the intent to steal a controlled substance, the penalties are increased.

According to the newspaper, police issued a warning following an April 25 high-speed chase on I-25. That chase reportedly exceeded speeds of 100 miles per hour. It happened after a resident in The Meadows reported suspicious activity at a neighboring house.

Following the chase, police said there had been five burglaries or attempted burglaries in a single week in The Meadows, Crystal Valley Ranch and Plum Creek.

Often, the Castle Rock burglaries are happening during the day, and often at homes in which the door is not locked. When the door is locked, the suspects reportedly break in.

According to police, there have been about 30 burglaries during the daylight hours in Douglas County over the last several months.

Police officials are warning residents to be watchful of potentially suspicious activity, lock their homes and garage doors and keep a record of any valuable within your home.

If you are arrested on Castle Rock burglary charges, it’s important to contact an experienced attorney as soon as possible following your arrest – and avoid making any potentially incriminating statements to investigators. Wait until your attorney is present before you answer any questions from police.