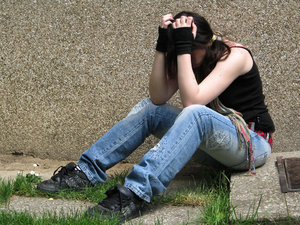 According to The Denver Post, House Bill 12-1271 is going to significantly decrease the number of juveniles who are facing adult charges in Colorado.

It was a bill that was bitterly contested on both sides of the political aisle (with prosecutors and police voicing the loudest opposition), though ultimately, justice won out.

Under the old legislation, juveniles were being sentenced to decades behind bars for non-homicide crimes. Not only was this extremely costly to the taxpayers of Colorado, it was inherently unfair to juveniles who enter a system that promised reform, only to imprison them for decades.

Hickenlooper had struggled with whether to sign the bill, but said ultimately the bipartisan support of it was what swayed him.

Basically, here’s what the measure does: Under the old system, it was up to prosecutors to decide whether a youth should be tried as a juvenile or an adult. Now, there is a judicial review process that must first occur in order for that to happen.

Additionally, it prohibits prosecutors from filing adult charges against juveniles for a large number of low and mid-level felonies. It also increases the age at which a juvenile can be charged as an adult – period – from 14 years-old to 16-years-old.

The law still will give prosecutors some leeway when it comes to the most serious of crimes, such as homicide, violent sex crimes, kidnapping and vicious assaults. However, even these defendants would be given the opportunity to appeal to a judge, who will ultimately get the last word on whether the youth should go through the juvenile or adult system.

While there have been many arguments made against reducing prosecutorial authority in this realm, the flip side is that district attorneys have blatantly overused their authority here. The result is that teens who had a youthful indiscretion are forever branded in such a way that it affects not only their freedom, but also their future educational opportunities, employment and housing prospects and more. Plus, minority teens more often than not received the brunt of those harsh sentences.

If you have a concern about your legal rights, remedies, and obligations contact our experienced Castle Rock Juvenile Defense Lawyers of the Law Office of Ellmann & Ellmann.