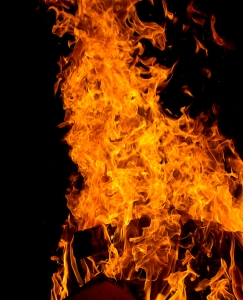 The fires that erupted in Colorado Springs have sparked speculation that arson may have been involved.

Our Castle Rock arson defense lawyers know that such charges are serious, and fighting them requires an experienced and tenacious attorney.

The fact of the matter is, while fire investigators are highly experienced in their field, arson is one of those crimes that may not leave a solid trail of evidence. In fact, that would be one of the key defense possibilities to explore: lack of evidence. In a lot of cases, fire investigators rely a great deal on circumstantial evidence, which means it is only an inference of fact. In a lot of cases, that’s not enough to stand up in court, particularly when there are other elements of reasonable doubt.

Those other reasonable doubt elements include incorrect witness identifications. If someone claimed to have seen you near where the fire originated, there could have been other reasons why you were there. Alternately, it may have not been you at all, but rather someone who looked like you or drove a similar vehicle.

Another possibility, even if you did start the fire, was that you did so unintentionally. You can not be convicted of a felony arson charge unless the prosecution can prove that you acted either recklessly or maliciously. Our Castle Rock arson defense attorneys are deft at raising reasonable doubt with regard to this standard.

Under Colorado Revised Statute 18-4-102, a conviction on a charge of first-degree arson means prosecutors must show that you knowingly set fire, burned, caused to be burned, used any explosives on a an occupied building or structure without consent. In this case, even if you set fire to a wooded area, it may be considered first-degree arson because the homes that were destroyed or threatened were occupied at the time you set the fire. It’s considered a Class 3 felony, which means it’s punishable by up to 12 years in prison.

With this fire, sources indicate the fire was first reported to authorities sometime around noon on June 23rd. Speculation that this fire was arson has been fueled by the fact that nearly all of the 13 Teller County fires have been confirmed as arson. An arrest has been made in that case.

Contact us at Ellmann & Ellmann today, for further questions and Concerns on your case. We have the experienced Lawyers that can assist you.