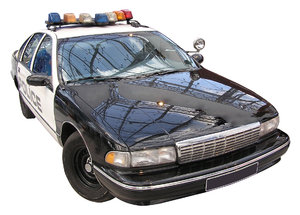 There is an alarming trend in Colorado that is gaining national notoriety: mistaken identity in cases of Denver felonies.

Our Denver felony defense attorneys understand that the latest case happened as authorities were chasing down the “32 bandit,” wanted on a host of robbery charges in the area.

According to Denver 9 News, a man was on his way home on East Quincy Avenue when he was pulled over. He soon found himself bewildered when police drew their guns on him, began cursing at him and slapped him with handcuffs.

As it turned out, the “32 Bandit,” so named because of a shirt he wore in one of his alleged crimes, was believed to be responsible for a robbery that happened at a local sandwich shop. Officers believed they were closing in on the suspect, but instead pulled over an innocent man. His skin color and clothing were similar to the alleged suspect.

He was later questioned and then released. The robbery suspect remains at-large.

Police do have a difficult job, and an incident like this might be forgiven – if it had only happened once or twice. However, that unfortunately does not appear to be the case.

A recent article in The New York Times details a lawsuit filed by the American Civil Liberties Union against Denver city and county over what they allege is a pattern in which law enforcement officers routinely arrest the wrong people.

One of the cases highlighted in the suit involves a black man who was mistaken for a white suspect in a Denver sexual assault case. He was jailed for an outrageous nine days, despite repeated pleas to jailers that they had made a grave mistake. He was eventually released.

ACLU pulled Colorado public records to learn that between 2002 and 2009, there have been more than 500 cases in which police in Denver arrested the wrong person. Another 100 cases have been documented since late summer 2009.

Police allege a number of reasons for this – stolen identities, similar names, inaccurate records and sometimes errors by jailers or police. But other times, there doesn’t seem to be any good explanation at all.

That’s why if you are accused of a felony in Denver, your first call needs to be to an experienced Castle Rock criminal defense attorney.