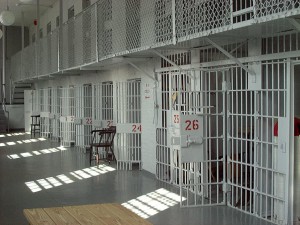 Far too many children are being convicted of adult felony crimes in Castle Rock and throughout the state.

That’s according to Colorado lawmakers who want to make it tougher for prosecutors to “direct file” juveniles as adults at their own discretion.

Our Castle Rock felony defense attorneys have seen firsthand cases in which overzealous prosecutors have unfairly filed adult charges on young teens, leaving them vulnerable to the possibility of prison terms or a record that will plague them throughout their adult life.

Certainly, there may be cases in which an extremely violent or heinous act may warrant filing an adult charge. But researchers are finding that in Colorado, that is almost never the case. The Colorado Juvenile Defender Coalition reports that there have been almost 2,000 cases that prosecutors “direct-filed” juveniles as adults between 1999 and 2010. Of those, nearly 90 percent involved lower or mid-level felonies. About 15 percent involved some form of homicide. Just 5 percent involved a first-degree murder charge.

This is proof positive that prosecutors are abusing this power – something they of course vehemently deny.

What lawmakers want to do is not even extreme – it would simply require a heightened level of oversight. As it stands now, a prosecutor has the authority to decide whether a juvenile will be tried as an adult. They can rubber stamp the case without any review from a judge. This bill would change that. It would require a judge to sign off on whether the teen would be tried in juvenile or adult court.

The original, over-arching power granted to prosecutors was handed over after a public scare in 1993, sparked by a spate of gang violence that summer. Lawmakers turned around to give prosecutors more discretion in filing such cases, to ensure that violent, youthful offenders weren’t going to be given a chance to get right back out on the streets.

But this new bill, sponsored by Rep. B.J. Nikkel, R-Loveland, would hopefully lessen the lesser-level felonies that juveniles are being direct-filed on – namely, robberies, burglaries and other property crimes.

Nikkel was quoted as saying that the actions of prosecutors are not only contrary to what the law intended, it amounts to an abuse of power.