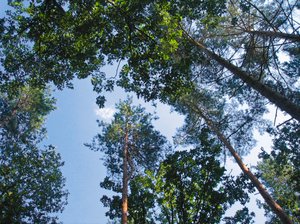 Vandalism to a number of large pine trees in a Douglas County gated community has sparked an investigation by the sheriff’s office.

While there haven’t yet been any arrests, our Castle Rock criminal defense lawyers want to use this opportunity to shed light on the fact that what some may view as a simple prank can have long-lasting consequences to your future if you end up charged and convicted. These are situations in which having an experienced attorney is going to be critical.

Of course, we don’t know for sure that the perpetrators of this particular act were juveniles or young people, but often, acts of vandalism are.

Acts of vandalism are often charged as criminal property damage under Colorado law. Typically, it’s charged as a misdemeanor, but it all depends on the type and extent of the damage.

For example, if the damage amounts to less than $500, it’s considered a Class 2 misdemeanor, which means for adults that it’s punishable by anywhere from three months to 1 year in jail, and fines ranging from $250 to $1,000.

While no attorney can promise you any specific outcome, when it comes to acts of vandalism committed by juveniles or younger adults, we are often able to negotiate lesser charges or penalties – particularly for first-time youthful offenders.

In this case, those in the Remington Bluffs Townhome Association are estimating that the damage to the trees is somewhere between $15,000 and $20,000.

According to news reports, the full-grown pine trees were slashed to about 10 feet.

Oddly, this isn’t the first time these same handful of trees were cut. According to residents, they were chopped down before about 10 years ago. Sheriff’s deputies at the time reportedly suspected an individual whose property’s direct line of sight was impeded by the trees. However, no charges were filed then.

It’s not clear if deputies suspect the same individual, and the investigation is ongoing.

Contact Castle Rock Lawyers today, for further questions and Concerns on your case. We have the experienced Ellmann & Ellmann that can assist you.