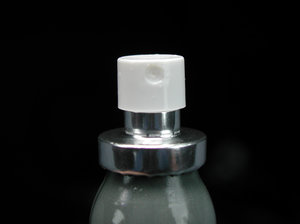 Two Douglas County women have been charged by sheriff’s deputies with faking a hate crime against themselves in order to get back at neighbors in their well-to-do condominium association.

This case is interesting to our Castle Rock criminal defense attorneys because it’s rare that officials will move forward with charges against a so-called “victim” who has fudged or flat-out lied about the details of a case.

Part of the reason for that is due to the fact that often, certain cases rely heavily on eyewitness testimony in the first place. It’s a he-said-she-said scenario, so proving that someone is lying – to the point of filing charges against the original complainant – is a rarity.

Of course, it’s not rare that people will use the criminal justice system to seek revenge against someone for some perceived wrong.

In this case, the homosexual couple reported back in October that their garage door had been spray-painted with the words, “Kill the Gay” in red paint. The following day, the women called police again to report that a noose was hanging from their front door handle.

The allegations were so serious, due to the hate crime element, that authorities involved the Federal Bureau of Investigation in the investigation.

According to various reports, the women were allegedly upset with certain individuals at their homeowners’ association, and viewed this as a way to get back at them. They had claimed that prior to the spray-painting and noose incidents, their car had been keyed and they were the subject of a great deal of gossip within the neighborhood, due to their relationship. Neighbors were reportedly also upset that the two didn’t clean up after their large dog during walks.

However, a woman who was staying with the couple revealed to police that her roommates had made it all up. She told investigators that the women themselves carried out the act, in an effort to get back at neighbors.

The only charges ever filed in this case were against the two for false reporting and criminal mischief.

They have vowed to fight those charges, so we’ll have to just wait and see.

The greater point, however, is that in situations where the evidence is mostly circumstantial or relies heavily on witness reports, an experienced Castle Rock criminal defense lawyer is a necessity.

If you have been in this cases, contact Ellmann & Ellmann experienced attorneys at Law Offices of Castle Rock Attorneys. Call  now: (303) 814-2600