Denver Careless Driving Charge Could Lead to 1 Year in Jail 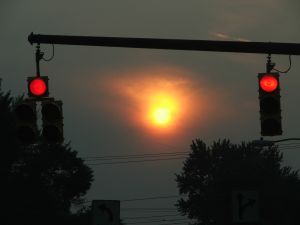 An individual who reportedly killed two pedestrians is facing charges of careless driving resulting in death in Thornton, just outside of Denver.

Our Denver traffic defense attorneys understand that in this situation, as in so many, the individual behind the wheel had no ill intent. According to authorities, there is no evidence alcohol or drugs were even involved.

The Denver Post reports that two Brighton individuals, ages 33 and 22, were struck by the driver, who was in a pick-up truck, as they walked along the dirt shoulder of East 168th Avenue. A teen who was with them was also struck, and he remains in critical condition.

The 33-year-old driver was reportedly on his cell phone and was distracted momentarily when the accident occurred. Those who know the father-of-two have described him as hard-working, a good father and one you could rely upon in tough times. Even a Thornton police spokesman was quoted by the Post as saying “It could happen to anyone.”

On that stretch of road, the speed limit is 45 miles per hour and there are no sidewalks. While one hesitates to blame the victim of this horrible tragedy, a skilled defense attorney might point out that this was not the safest place for these individuals to be walking.

The driver reportedly stopped immediately after the crash to help the victims.

According to the National Highway Safety Administration, distracted driving resulted in the deaths of approximately 5,500 people across the country in 2009. In about 18 percent of those cases, cell phone use was blamed.

Because there was no alcohol involved and the driver stopped immediately, he is charged with a misdemeanor under Colorado Statute 42-4-1402.  If no one had been hurt, this would be considered a Class 2 misdemeanor. But when someone – or in this case three people – suffer serious injury or death, it is considered a Class 1 misdemeanor. Basically, this means that you will face a penalty of between 10 days and 1 year in jail, and could also be made to pay a fine of between $300 and $1,000.

In cases like this, prosecutors will often seek jail time because the families are hurting and they want to provide them some measure of solace. On the one hand, you understand that because you never meant for this to happen in the first place. On the other, you should speak to no one until you have first consulted with your Denver defense attorney.