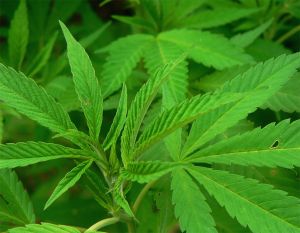 The issue of marijuana DUI in Castle Rock has been raising a number of questions among those in the legal community, here and across the country.

Our Castle Rock marijuana DUI attorneys know that while it is illegal to drive while intoxicated on any substance, the issue of how that is measured has created a very gray area in terms of the law.

This is illustrated in one case that was highlighted in a recent article by The Associated Press. A suburban woman from Denver told the reporter that while she would never get behind the wheel immediately after smoking marijuana, if she were to be tested by a law enforcement officer, her THC levels would likely be off the charts.

That is because her doctor has legally prescribed her marijuana to help ease the tremors of her multiple sclerosis.

“I don’t drink and drive, and I don’t smoke and drive. But my body is completely saturated with THC,” she told the reporter.

State lawmakers are debating the establishment of a marijuana threshold that would determine whether a person is driving under the influence of marijuana. That threshold would be 5 nanograms.

The problem is that marijuana, unlike alcohol, stays in a person’s system for an extended period of time. So while a person may blow a 0.08 alcohol blood content, which would all but prove they had been drinking in the last few hours, a marijuana reading would show that a person had consumed marijuana, but would not be accurate in terms of the time frame. That time element is crucial in proving whether the person is driving intoxicated.

While recent research has linked marijuana use to the risk of a crash – something conservative lawmakers have pounced on – some have pointed out that this research falls short of proving anything scientifically. Use of marijuana was not determined to be the sole cause of many of those crashes, and there was no detailed data involving the dosage  or whether other drugs were present as well.

If you are charged with marijuana DUI in Castle Rock, it’s important that your first phone call be to an attorney.

To schedule a confidential meeting with a respected Castle Rock Marijuana DUI Lawyers,  Please contact us online or call our office in Ellmann & Ellmann at (303) 814- 2600.