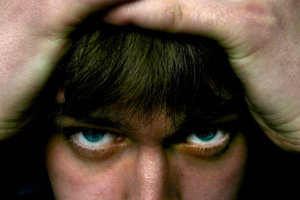 The U.S. Supreme Court is debating whether juvenile offenders in Castle Rock and across the country should be spared the possibility of being locked up for life.

Our Castle Rock juvenile defense attorneys understand the debate stems from two cases – Miller v. Alabama and Jackson v. Hobbs. The question is whether it is cruel and unusual punishment for a juvenile, given his or her youth, to face life in prison.

Here’s what we know of the two cases that sparked the discussion:

The first case involved a 14-year-old who allegedly beat an Alabama man and then set his home ablaze. The second involved another 14-year-old who was involved in an attempted robbery in which one of his accomplices pulled the trigger on the clerk, killing him. Because of state law where the crime occurred, simply being involved in the felony that resulted in the death got him a murder charge – and subsequently, a conviction and a sentence of life in prison.

According to The Associated Press, some 2,300 individuals are locked up for life with no chance of winning parole for crimes that occurred before they were 18. Of those, about 80 are in prison for crimes that happened when the defendant was age 14 or younger.

It was previously decided that the death penalty was too harsh for juveniles.

Now, several justices seem concerned about what they construe as the lack of judicial discretion for the sentencing of youth convicted of homicide. In many states, if you try someone under the age of 18 as an adult, they are going to get an adult sentence. In many cases, that involves just one possibility: Life without parole.

One possibility is that the justices may not outright prohibit life without parole as a possibility for juveniles who commit homicide, but they may instead say it is not mandatory and is instead up to the discretion of the judge.

Or, it could issue the cut-off point at 14 years old, saying if you are that age or younger, life without parole is too much.

It is expected that the justices will offer a ruling on the cases by sometimes this summer.

If you have been in this juvenile case, contact our  Castle Rock juvenile defense attorneys at Law Offices of Ellmann & Ellmann. Call now: (303) 814-2600