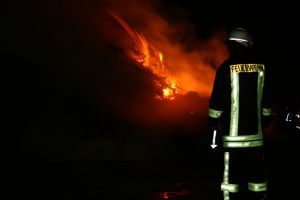 A Denver man is facing misdemeanor criminal charges of impersonating a firefighter in Fort Collins.

Our Castle Rock criminal defense lawyers believe this is a case that’s worth exploring because despite the fact that it seems relatively rare, with the fires that  have raged in Colorado Springs and beyond, we’re likely to see more instances like this.

The defendant in this case has been charged with impersonating a public servant and obstruction of a firefighter. Both of these are misdemeanors.

He has also been charged with felony theft and impersonation of a public servant.

While it does not appear the man meant any harm, officials take this kind of action quite seriously, which is why you need a skilled criminal defense lawyer on your side if you’re charged with a crime of impersonation. When theft is a motive, the stakes are even higher.

According to The Coloradoan, the man is alleged to have heisted food and radios meant for firefighters. He was somehow able to obtain access to the cockpit of a firefighting helicopter, where he took pictures of himself that he then posted to Facebook. Other social media photographs show him at the firefighting command center with Gov. John Hickenlooper. He also reportedly was able to sneak past the perimeter set up in High Park by using a license plate that was expired, and an old identification card.

What has caused officials a great deal of alarm was the fact that the defendant is also a registered sex offender. However, there is no indication that the defendant perpetuated any sexual crimes whatsoever while he allegedly carried out his impersonation.

Authorities also reportedly discovered a chainsaw and other firefighting equipment at his Denver  home when they searched it.

The defendant’s attorney has indicated that he may push for a plea deal during the next hearing in August. The apologized on behalf of his client, saying he meant no harm and considers the firefighters to be heroes. He said his client wasn’t trying to steal, but rather help.

If his intentions were good, it may not prevent criminal charges, but it can certainly be taken into consideration during the plea bargain and sentencing phase.

If anything, the incident highlights the weaknesses in the emergency contingencies established by the local firefighting crews.

If you have a concern about your legal rights, remedies, and obligations contact our experienced Castle Rock criminal defense lawyers of the Law Office of Ellmann & Ellmann.