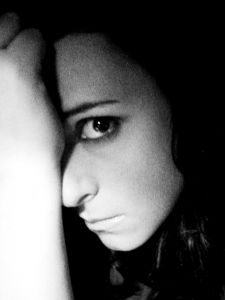 A former teacher and wrestling coach at Mountain Vista High School is facing allegations of sexual assault against a child by a person in a position of power, stemming from a reportedly consensual relationship he had with a 17-year-old female student, and two others who were 18.

Our Castle Rock  criminal defense lawyers know that if convicted, the defendant faces up to 12 years in prison. It’s a harsh price to pay, given the facts of the case.

It’s our understanding that the defense in this case did win a small victory in a recent series of motions, when the judge agreed to exclude evidence indicating that the alleged victim purchased the morning-after pill with the teacher’s credit card.

Here’s what we know of the case, as reported by The Castle Rock News Press:

The 33-year-old was taken into custody by sheriff’s deputies last summer, after a five-month investigation reportedly uncovered evidence that he had sex with a 17-year-old female student three years ago.

When the details of that case became public, two other females came forward as well. The teacher reportedly admitted to engaging in sexual relationships with all three of the teens – after they turned 18. Under normal circumstances, that wouldn’t be considered a crime. However, because he was their teacher, he could still face criminal charges. However, he claims the encounters happened after the teens graduated from high school, which would make the actions legal.

Defense attorneys have sought to exclude evidence regarding the two previous relationships, as he was not formally accused of any crime against them, but it could unduly prejudice the jury. The prosecutors, however, won out, arguing that it showed a pattern of abuse of his position.

With regard to the “morning-after” pill being purchased by the alleged 17-year-old victim, the defense attorney argued successfully that, in the first place, the former teacher was known to offer his credit card to many students without question. Secondly, the alleged victim reportedly told him the pill was for her sister and she was accompanied by her then-boyfriend when she got it.

The judge agreed it was prejudicial and tossed it.

The defendant is still slated for trial at the end of July.

To schedule a confidential meeting with a respected Castle Rock criminal defense lawyer,  Please contact us online or call our office
in Ellmann & Ellmann at (303) 814- 2600.