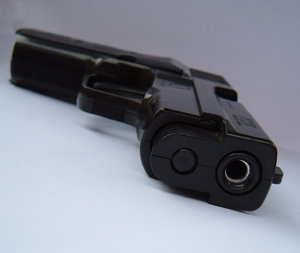 Boulder prosecutors are preparing to try a man for a homicide that happened more than 18 years ago.

A man who stole checks from the victim is accused of committing murder after the theft was reported. The suspect had hoped to get into the U.S. Marines and, according to prosecutors, feared a felony theft charge would hurt his chances.

Castle Rock criminal defense attorneys understand that the alleged murder weapon was never found, which means the state’s case is going to rely heavily on witness testimony and circumstantial evidence. The lapse of time in this regard is going to skew the odds in favor of the defense.

First of all, eyewitness testimony is almost always unreliable to begin with. People are incredibly open to the suggestion of investigators during questioning. They want to help solve the crime. They want to put the “bad guys” away. That leaves them prone to indicate they may have seen more than they actually did. Plus, if it’s dark or raining or if the incident happens very quickly, there is a good chance they would never be able to identify an assailant out of a crowd.

Secondly, it’s inevitable that people’s memories fade with time. How many people do you know that can accurately tell you what happened five years ago, let alone 20 years ago?

Next, you have the lack of a murder weapon as evidence. This is usually a key element that directly links the accused to the crime. Barring the availability of this, prosecutors will have to establish another link, and it’s not clear at this point that they have done so.

Also, in this case, the defendant stayed in the area for years and has never been prosecuted for anything more serious than that theft so many years ago. Defense lawyers have a good chance to make a strong case that, if he was really so bad to have committed murder, don’t you think he would have done something else by now? He also never tried to flee, which prosecutors might have otherwise point to as proving a guilty conscious. But they don’t have that either.

Nor do they have DNA or any other physical evidence linking the suspect to the crime.

This will undoubtedly, for them, be an uphill battle.

To schedule a confidential meeting with a respected Castle Rock defense lawyer,  Please contact us online or call our office in Ellmann & Ellmann at (303) 814- 2600.