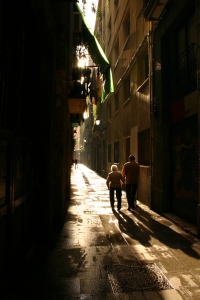 Hollywood couple Danny DeVito and Rhea Pearlman have announced that they will be divorcing after 30 years of marriage.

Castle Rock divorce attorneys understand that divorces after longer-term marriages tend to be far more complex than shorter unions, and require a superior level of legal skill and experience in order to effectively sort through the multitude of issues that may arise.

Pearlman and DeVito wed in January of 1982 and have three children together, ages 24 to 29.

Though child custody may not be an issue for older couples who choose to split, assets and accounts tend to be far more intermingled than those who have been married a shorter time and have less history together.

Additionally, those assets tend to be worth more than those held by younger couples. With retirement looming for many older divorcees, the stakes are much higher.

Assets can potentially include:

Colorado has in place some very specific protections for individuals who were the lower-earner during a long-term marriage. The state has a temporary maintenance formula that requires the higher earner to pay 40 percent of his or her income minus 50 percent of what the lower-income earner makes. So let’s say for example that your spouse earns $3,500 each month, while you make $1,500. The temporary payment your spouse would be required to pay you would be $650 each month. If you have been married for longer than 20 years, the judge may order you to pay a lifetime of alimony. Further the split of property will be decided on terms that are deemed equitable by the judge.

Our experienced Castle Rock family law attorneys can help you in either circumstance. If you are the lower income-earner, we can assist you in ensuring that you receive as much alimony as possible under the law. If you are the higher income earner, we may be able to help you aggressively negotiate an out-of-court settlement that could reduce your chances of having to pay a hefty sum of alimony.