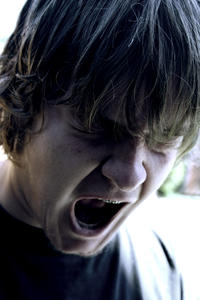 Castle Rock criminal defense attorneys know that an allegation of a hate crime in Castle Rock can be met with serious consequences.

That’s because true or not, the allegations will result in the inevitable perception that the accused is bigoted. What’s more, crimes for bodily injury or property damage are stiff enough without piling on additional sanctions for a crime that is deemed to be motivated by hatred of a person for their perceived race, sexual orientation, gender, religion or some other basis.

However, that’s what is happening to a group of individuals who are accused of attacking a black, German foreign exchange student in Berthoud, just outside of Fort Collins.

The student, who is a 15-year-old junior at Berthoud High School, said she was walking home late last week when a group of young, white men reportedly began to harass her. She claims the men told her they were specifically looking for a minority, and went on to make racially intimidating comments. Then, she says, one of the men used a knife to inflict wounds on her forehead.

Law enforcement authorities are looking for the suspects, though so far no arrests have been made.

Hate crime laws are laid out in a few places in the Colorado Revised Statutes. The first is C.R.S. 18-9-121. This is sometimes referred to as a “bias motivated crime.” It essentially says that if you harass or hurt someone on the basis of prejudice, you will face stiffer penalties for whatever the crime was. Those protected categories used to be: race, color, ancestry, national origin or religion. In 2005, the code was updated to say physical or mental disability and sexual orientation.

What it all comes down to, however, is intent. Just because you may have committed a crime against someone who falls into a different racial, religious or sexual category doesn’t mean that the crime was motivated by that difference.

In order to prove a bias motivation, prosecutors must have proof. This could be statements you made prior to the incident. Keep in mind that statements that could be used in court can include text messages, e-mails and references made on social networking sites.

If you have a concern about your legal rights, remedies, and obligations contact our experienced Castle Rock criminal defense attorneys of the Law Office of Ellmann & Ellmann.