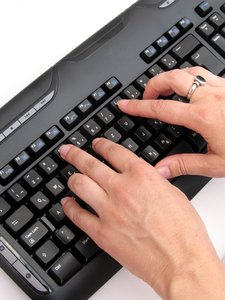 Castle Rock criminal defense lawyers want you to be aware that local law enforcement has boosted its training with regard to identity theft.

It’s likely that there are going to be more arrests in the coming months and years for incidents of fraud, forgery, mail fraud, identity theft and other similar felony offenses .

In fact, more than 50 law enforcement officers from more than 21 local, state and federal investigatory agencies were invited to a free, eight-hour class that was hosted by the Federal Bureau of Investigation and LifeLock late last month.

In the Denver metro area, the Federal Trade Commission reported more than 2,400 complaints of identity theft last year. In actuality, the incidents are probably much higher, as that figure reflects only those cases that have been reported.

The seminar was hosted as an effort to school law enforcement officers on new methods of identity theft, how to recognize it and how to track down suspects.

One example of state law that covers identity theft is Colorado Revised Code 13-21-109. This statute allows for criminal penalties, as well as civil remedies, up to $10,000.

And of course, if you are convicted of an actual theft, you are looking at penalties associated with the value of what you took. So for example, if the property or cash value you allegedly stole is less than $500, it’s considered a Class 2 misdemeanor. That is punishable by up to a year in jail. But let’s say the value is more than $500, but still less than $1,000. That is considered a Class 1 misdemeanor, and it’s punishable by up to 18 months behind bars. If it’s between $1,000 and $20,000, it’s a Class 4 felony, and you’ll be looking at a prison sentence of between two and six years. Anything above $20,000 is going to garner a prison sentence of between 4 and 12 years.

When it comes to cases of identity theft, we can expect that the punishment is going to be on the heavier end of the spectrum because the money can be so easy to make.