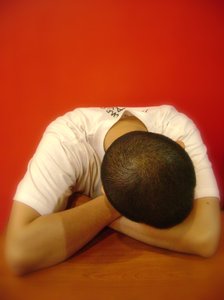 Three years after a mentally disabled youth was arrested, requiring Castle Rock sexual assault defense, he has been cleared.

Our Castle Rock sexual assault defense attorneys believe this is an example of how law enforcement and prosecutors routinely jump to conclusions, particularly when the allegations are serious and they feel obligated to quickly make an arrest.

This young man and his family endured a terrible injustice following a shoddy police investigation that involved a 17-hour interrogation of an individual who was known to have mental disabilities.

According to local news reports, an 8-year-old girl was fondled in her Stonegate bedroom in 2009. According to her description, however, the man who assaulted her was in his 40s, had brown hair and weighed approximately 200 pounds. The suspect that police identified was 19 years-old, had red hair, weighed 130 pounds and had acne on his face.

Prosecutors say at the time of police interrogation, officers did not know about their suspect’s mental capacity. But in fact, defense attorneys had provided that information to prosecutors.

But perhaps more disturbing is that DNA evidence cleared the suspect at the very start of this investigation. Prosecutors have defended their actions by saying that while the DNA evidenced uncovered from the victim’s underwear did not belong to the suspect, they insisted it didn’t actually clear him either. It was reportedly not semen, which could have provided a positive identification.

What it did do, however, was eliminate the suspect they had in custody. And yet, astonishingly, they pressed on with the charges, insisting that police had not coerced his confession to them – the only real evidence they had.

It wasn’t until a second mental evaluation this past March, which found that the suspect could not have understood his Miranda rights, that prosecutors decided to drop the charges.

In those years proceeding, however, the suspect, now 21, had been barred from going to the town of Parker, because that is where the alleged victim lived. What’s more, he couldn’t associate with anyone under the age of 18 – which meant he couldn’t attend his girlfriend’s prom. He was also made to wear a GPS tracking device, for which his family paid more than $350 monthly.

All this illustrates the need for skilled, aggressive legal representation if you are arrested for a Castle Rock sexual offense.

If you have been in this sexual offense case, contact our  Castle Rock Sexual Assault Defense Lawyers  at Law Offices of Ellmann & Ellmann. Call now: (303) 814-2600