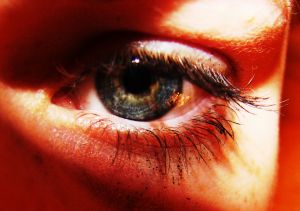 Here’s a tip: If you commit a Castle Rock perjury crime, don’t go on the radio and brag about it.

As our Castle Rock criminal defense attorneys understand it, that’s exactly what one Denver woman did after finagling her way out of jury duty.

In fact, she is facing felony perjury charges related to her alleged actions. While we often think of perjury charges as pertaining to a witness up on the stand, potential jurors can also face this charge if they lie after being sworn in.

Felony perjury under Colorado Statute 18-8-502 means that you are accused of making a false statement while under oath at an official proceeding. Misdemeanor perjury falls under Colorado Statute 18-8-503, and basically covers any act of lying to a public official in an attempt to mislead him or her from doing their duty. The latter is usually outside of an official proceeding.

According to The Denver Post, a 57-year-old woman is accused of faking post-traumatic stress disorder in an effort to get out of jury duty. She reportedly arrived to the courthouse appearing purposely askew. She wore curlers in her hair, mismatched her shoes and wore a t-shirt with a phrase that she hoped would further support her ploy. She told a judge she suffered from post-traumatic stress, domestic violence and had lived on the streets – all of which was reportedly false.

She was excused from jury duty, and that might have been the end of the story, were it not for a radio interview she conducted several months later. On that show, she reportedly told the hosts that she had worn bright red lipstick, which she smeared, and joked about how easy it was to get out of it. She had even mentioned that she previously bragged to her hair salon clients about her actions.

Problem for her was that the judge whom she appeared before had been listening.

She is now charged with perjury and attempting to influence a public servant – both of which are Class 4 felonies.

Subsequently, she granted an interview with a local television reporter without her defense attorney present – also, not advisable.

To schedule a confidential meeting with a respected Castle Rock Criminal Defense Lawyers,  Please contact us online or call our office in
Ellmann & Ellmann at (303) 814- 2600.