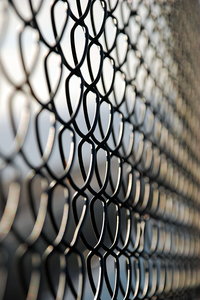 There is a possibility that penalties for Castle Rock drug crime convictions could drop significantly if Senate Bill 163 is passed.

Our Castle Rock drug crime attorneys applaud any measure that includes allowing drug offenders to get treatment, rather than face harsh prison sentences.

Researchers, in looking at the financial impact of the bill, estimate that in the first year, it would save $2.2 million.

It would seem to us the measure has few downsides. But of course, there will always be detractors.

In this case, police and prosecutors have spoken out against it, saying that it would cost cities and jails more money (we’re still not quite sure how, considering their high cost of incarceration will actually go down), and that it will eliminate the district’s drug court. Drug court has been a good alternative to standard court procedures for individuals facing drug felonies. The issue here would be that if cases are misdemeanors, they would have to be channeled through county court, not district court, where drug court is located.

Supporters, meanwhile, smartly point out this isn’t a new concept. In fact, 20 other states have already passed similar legislation. And this would still leave the manufacture and sale of drugs as felonies.

And while district attorneys say that stiff felony penalties are the way to go in terms of reducing recidivism, the truth is that when someone has a drug addiction, there is very little outside of treatment that will have any impact. The only thing a felony conviction does is make the person less employable, give them less options for housing and cost the state more in terms of incarceration and post-imprisonment supervision.

Opponents worry that reducing the severity of these crimes will send the wrong message to offenders. But the truth is, sometimes treatment is the only message that reaches them anyway.