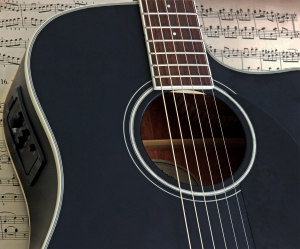 Very few Castle Rock divorces are going to be free of frustration.

However, our Castle Rock divorce attorneys strongly advise against any public expression of that, particularly if you haven’t first cleared it with your attorney.

That’s because once you enter your thoughts, emotions or observations into a public forum, they become fair game for your ex to submit to the court as evidence. Because tone is not always accurately expressed in writings or online posts, it’s easy for passages to be taken out of context in a way that could negatively impact your divorce or even child custody case.

A recent example of this was seen in U.S. v. Jeffries, U.S. Court of Appeals for the Sixth Circuit. This case involved a war veteran who was involved in a custody dispute with the mother of his daughter.

He had been granted extended visitation of his daughter, but that arrangement was set for a re-hearing at the request of the mother.

As he awaited that hearing, the father created a music video, which he then posted to YouTube. The video, which was described as equal parts rap and country, was an obvious expression of a father’s frustration with a court system that favors the rights of mothers. However, the song included lyrics that not only threatened harm upon his ex and prosecutors, but also threats to kill the judge if he did not decide the case in his favor. The father also dedicated the video to the judge.

The video was uploaded to YouTube, and the father shared the link with a number of friends and family.

The song quickly went viral after it was forwarded to a local news station. His ex received it, as did the judge in the case.

At that point, it became bigger than a custody case. Even though he took the video down a little more than a day later, he was charged under 18 U.S.C. 875(c) which prohibits transmission of interstate communication containing a threat to harm another person.

He was convicted, with that conviction being upheld upon appeal.

Make no mistake: Facebook, Twitter, YouTube – all of these are public forums, and as such, your expressions of frustration, no matter how facetious, can affect your case.